Showing posts from June, 2009
Show all

June 30, 2009
There's loads and loads of fun events happening on Vancouver Island for all ages tomorrow!

Events are happening down at Maffeo Sutton Park - lots of games, music (From the Kerplunks and Power Project) food, face painting and plenty of interactive booths. Check it all out from 11am-3:15pm)

Canadian rock band Chilliwack are performing at this event which will most likely be the best on the central island. There is a Canada Day Parade which will follow down Island Highway towards the Community Park - finishing off the day with the Thrifty Foods fire works display. There are ample family events happening downtown all day.
The Canada Day ceremony kicks off at noon.

There is always tons to do in Victoria on Canada Day. Events are happening from dawn 'til dust!
Plenty of booths, events, music, food and entertainment for everyone!

Regardless of what you do or how you celebrate Canada Day, we should all take a moment and remind ourselves how lucky we are to be li…
1 comment
Read more 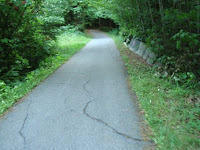 In some well known parks and walk ways within Nanaimo, it seems someone is either bored, or trying to make some sort of statement.

The city is now paying for a contractor to remove the hearts that have been appearing at Westwood Lake, Bowen Park and I discovered some on the Parkway trail this morning. The cost is over a couple thousand dollars and climbing. The contractors are using pressure washers, set on low to remove it from the bark of trees.

I am no tree expert but I'm pretty sure the graffiti would fade quite quickly over time on it's own.

I found this link interesting

I'm definitely not advocating tagging trees with graffiti, or saying it's ok - but I don't think tax payers money should be used in this particular case.

What exactly is the city upset about? Destroying nature? Because it won't kill the trees, but the pressure washing might. I find it mildly comical that these hearts appear in places where the city has cleared forest/trees to construct a walkin…
Post a Comment
Read more 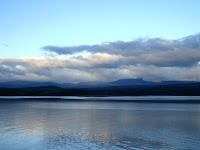 Here in B.C we've hit some record high temperatures and not a whole lot of rain in the past few months. Due to this, there has been almost 500 blazes across our province - the majority of them caused by people.

Specifically there was a suspicious fire in South Nanaimo which actually closed down Parkway traffic. This area (Nanaimo Lakes area) has been the victim of suspicious fires since last year.

Unfortunately the cost of fighting such fires is high, by last week more than $680,000 has been spent fighting 110 fires in the region alone this year. This is double the amount the coastal forest service deals with in an entire season. Many of the fires have been started on Island Timberlands property and an investigation is underway for suspected arsonists.

Walking this morning I happened to be facing southbound near Duke Point and snapped these shots. 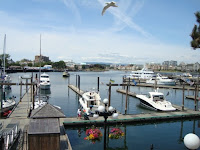 Nanaimo to Victoria photos for your viewing pleasure :)

This morning I decided to go for a little jaunt near Duke Point (Jack Point).

I would have taken more pictures, but my camera was acting up!

Get outside and enjoy the beautiful Vancouver Island weather while it's here!