October 11, 2011
As most of our loyal readers know, last Sunday we embarked on our first ever Vancouver Island north tip to south tip journey. I was born and raised on Vancouver Island and I've been to many places, but I had never been past Port Hardy. Neither of us had spent a lot of time up in the rugged North part of the island and it was time!

We live in Nanaimo, so we decided to head North, then go all the way back down south. We decided that Cape Scott would be our most northern destination (neither of us had been here before) and somewhere in Victoria would be our southern. Our first stop for the night was the Tigh-Na-Mara Seaside Spa Resort & Conference Centre in Parksville.
We booked a room by the ocean and was it ever beautiful! The room was quite rustic, but still had a sophisticated feel. The jetted tub by the bed was a nice touch. Waking up early to the sounds of the ocean was magnificent! 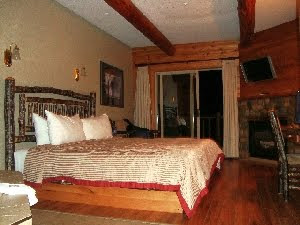 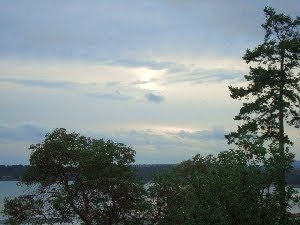 We arrived a little later than expected, so we decided to hit a local watering hole for a bite to eat. We found the Rod & Gun Pub and had an appetizer and a couple beers. We took in our environment and enjoyed the atmosphere. After our appy and beer we retreated to our hotel room with a bottle of wine and took in the crisp fall evening listening to the ocean waves. The Tigh-Na-Mara comes highly recommended, even if you live in the central part of Vancouver Island. It's a beautiful, relaxing and easy-going resort. You can rent oceanfront rooms or even entire log cabins! This concludes Day 1 of our trip, check back tomorrow for our Day 2 adventure!
Parksville

Thibeault's Table said…
I haven't been in a while, but the Tigh-Na-Mara use to have a wonderful Sunday Brunch Buffet.
Worth the drive.