Windhorse Farm is a certified organic beef farm located in Glenora, part of the beautiful Cowichan Valley on Vancouver Island. The farm is dedicated to raising the finest beef while stewarding the health of the whole farm. 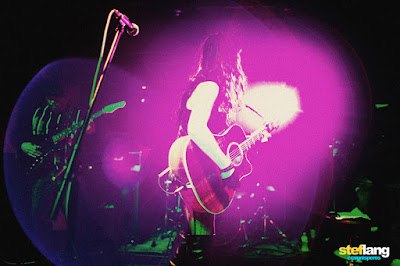 Vancouver Island chanteuse Stef Lang's star is rapidly rising. Her debut album 'The Underdog' was nominated for Pop Recording of The Year at the 2011 Western Canadian Music Awards; her first single "Mr. Immature" rose to #5 on the Billboard Canadian Emerging Artist chart, and her follow up single, "Slave2Love" was the #1 most added song on Canadian Radio upon release. With a coveted S.L. Feldman Showcase at Canadian Music Week in Toronto, 2 nominations and a live performance at the 2011 Canadian Radio Music Awards (CHR and HOT AC) - Stef Lang is definitely a name you'll want to remember, and one you won't be able to forget. Stef hails from Ladysmith, BC, a tiny Island town that she left at 17 to relocate to Vancouver to pursue her music career.